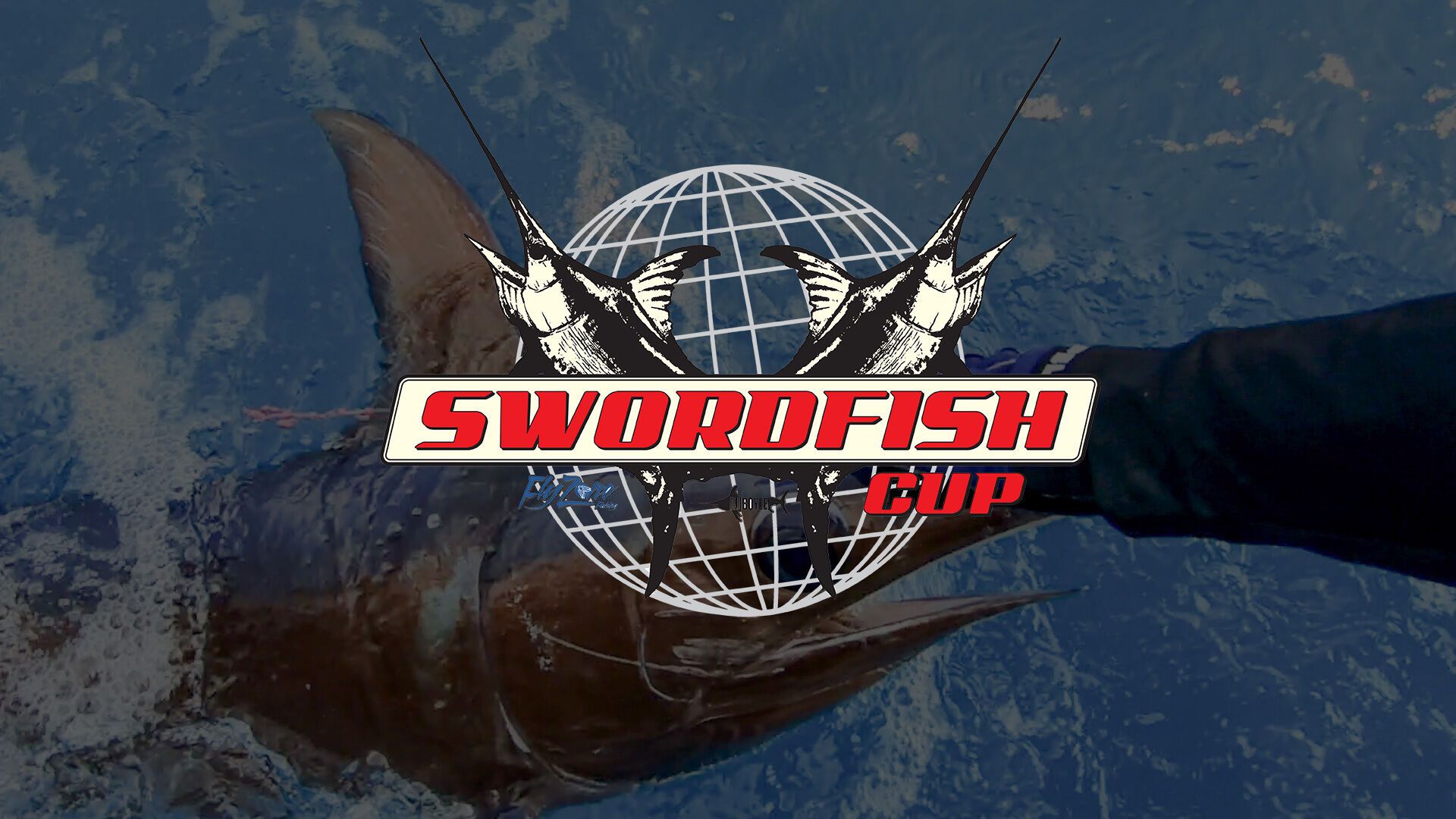 The 1st Annual Swordfish Cup, a tournament with a popular 24-hour format, will be held July 27-28, 2019. Anglers around the world will be eligible to compete in their respective time zones. This new sport-fishing contest is being presented by Fly Zone Fishing and RJ Boyle Studio.

“We’re excited to announce this new tournament catering to the growing legion of broadbill enthusiasts,” says Robert “Fly” Navarro, president of Fly Zone Fishing. “We already heard from multiple teams and I expect to see some hefty entries hoisted to the scales. The popularity of swordfish has exploded in recent years and this tournament is designed to showcase this incredible fishery to the world. We’ll be doing live updates every three hours on FaceBook (flyzonefishing) and giving away some cool prizes donated by our sponsors for those watching the feeds.”

The entry fee for the Swordfish Cup is $1,500 per team, with the winner taking 80 percent of the fees for the heaviest fish exceeding the 200-pound minimum weight. All line class weights will be allowed. Contestants may only use conventional rods and reels, including electric reels mounted on rods. Hand gear, bandit gear and hydraulic reels are not permitted. Harpoons may be used to boat the fish, however.  In the event of a tie, the first eligible fish boated shall be declared the winner.

Weigh-ins will be conducted at approved scales certified by governmental authorities within the last year. Fishing hours will be from 8 am on Saturday, July 27 until 8 am on Sunday, July 28, in each local time zone. Continuous video verification of the gaffing and boating of the fish with a GPS date and time stamp will be required to prove the catch was made during the specified tournament hours. The winning angler and/or team member may also be required to take a polygraph test to ensure compliance.

“Several prolific swordfish areas will be in play during our July time frame,” Navarro adds. “South Florida and the Keys, the Mid-Atlantic, as well as the Gulf of Mexico, Southern California and Hawaii could all produce the winning fish. And with the caliber of teams we’re expecting, the winning weight might be decided by mere ounces. It will be an exciting 24-hour window into the sport. 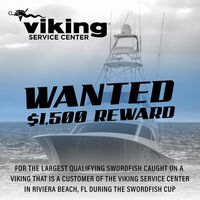 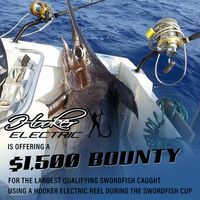 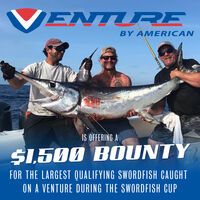 $1500 Bounty by VENTURE by AMERICAN

Inaugural Swordfish Cup To Be Held Globally in July

$1500 Bounty by VENTURE by AMERICAN

Inaugural Swordfish Cup To Be Held Globally in July